The Big Bang: The Theory

Scientists believe an occurrence known as the Big Bang was the start of our universe some 14 billion years ago. The theory describes how the universe expanded from a high-temperature and high-density state.

The Big Bang is known as the moment when all of the matter in the universe was packed into a single point, that then expanded outwards. Signs of the phenomena are visible in the night sky, where we can see stars within our own galaxy. There are also some less-clear patches that are other galaxies – these are much further away.

Scientists believe that all the galaxies are moving further away from us, often at speeds of thousands of kilometres per second. This suggests that the universe is still expanding, confirming the theory that in the past, it was much smaller.

Scientists have worked out when the Big Bang occurred by calculating how fast the galaxies are moving. One indicator of this is the light coming from them.

Who created the Big Bang theory?

The framework for the Big Bang theory is based on Albert Einstein’s theory of general relativity, which was published in 1915. After 10 years of research, he concluded that massive objects distort space-time. This is felt as gravity.

Equations were then formulated by Russian physicist and mathematician, Alexander Friedmann, to prove that the universe was expanding. These are known as the Friedmann equations.

In 1927, Belgian astronomer, mathematician and professor of physics, Georges Lemaître, suggested that the expanding universe could be traced back to a single point. The ensuing years have seen astrophysicists trying to build on this theory, incorporating theoretical and observational additions into the Big Bang model.

How much evidence do they have?

The tell-tale sign of a galaxy moving away from us is detected in the same way that we experience an ambulance or police car passing us with the siren blaring out. As it passes by, the siren sounds lower-pitched than it really is. This occurs because the sound waves are stretched.

After the Big Bang occurred, incredibly bright light flooded the whole universe. This light has stretched into microwaves as the universe has expanded. This ancient light, from the moment the universe began, is visible through a microwave telescope. The view through such a telescope shows the sky filled with a glow, which is known as the Cosmic Microwave Background.

How did the Big Bang happen?

Quantum mechanics, which relate to actions on a subatomic scale, suggests random fluctuations can produce energy and matter out of nothingness. Such mechanical fluctuations can produce the cosmos, if time and space are twisted the right way, at the right moment. In fact, scientists believe the fluctuations could create an entirely new universe. In layman’s terms, they describe Big Bang as a massive expansion that blew space up like a “gigantic balloon”.

There is much debate as to whether another Big Bang is likely to occur. One school of thought suggests the ultimate end of the universe is the Big Crunch – the symmetrical opposite of the Big Bang, when everything contracts. This would cause another Big Bang to occur immediately afterwards and start another universe.

However, none of this is proven and some scientists argue that unknown quantum effects need to be considered. They have stated this scenario is “unlikely” based on the current evidence that we have gathered.

As technology advances, it is making it easier for us to discover the universe. It enables us to look back in time.

When we look out into space, through amazingly powerful telescopes, we are actually looking back in time, because the light from the faraway objects that we see has taken so long to reach us.

When we describe an object being one million light years away, we are seeing it the way it looked a million years ago. We can see objects that are billions of light years away (close to the time when the Big Bang occurred) thanks to the advanced design of modern telescopes.

Recently, astronomers have found gas clouds in the distant universe that haven’t yet turned into galaxies and stars. Some of them are around 13 billion years old and confirm the Big Bang theory. A technique called spectroscopy deciphers what they are made of by analysing the light passing through them.

The ancient gas clouds are made of different elements than we would expect to find in the modern universe, further confirming the Big Bang theory. They consist mainly of the basic elements of helium and hydrogen, as they come from a time before stars existed.

Is the universe never-ending?

According to current scientific evidence, the universe appears to be never-ending and infinite, although it is a subject of continual debate among scientists.

We can never know for sure, but when we look as far as we can into space, there appears to be no limit to its size and shape. Different schools of thought suggest that either space goes on forever, or that alternatively, it may wrap back around on itself like an immense circle.

Most scientists believe that our universe is infinite. However, there is space that is too far away to measure or observe, so we can never know for sure.

What is Stephen Hawking’s theory? 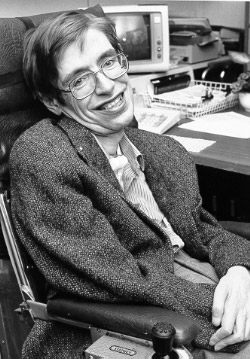 British theoretical physicist Stephen Hawking explained his theories of time and the universe in the science book, A Brief History of Time, which was first published in 1988. He had been working on his ground-breaking theories throughout the 1960s and ’70s.

Never afraid of controversy, he began to question the Big Bang theory. He suggested that perhaps there wasn’t a start to the universe and subsequently, there wouldn’t be an end.

He suggested there would just be change, meaning there would be a constant transition of one “universe” giving way to another, as a result of glitches in space-time. His views have always been the subject of much debate, although the Big Bang theory remains the leading explanation about how the universe began.

Sound Planning provides a wide range of services and products aimed at preventing noise nuisance. If you’re troubled by the sound of big bangs from industrial premises, construction sites and other premises, contact us to find out how our bespoke solutions can help.

As the 1 year anniversary of his passing is nearly upon us, Sound Planning would like to remember the late, great, Stephen Hawking.

Noise Pollution: A Quick Guide to Environmental Law
All kinds of noises can cause disruption for neighbours, whether it’s the constant low hum of industrial air condi...
Read more

Noise Pollution and Mental Health
Living or working in continual loud noise can be annoying – but did you know it’s bad for your mental health...
Read more

Sound and Levitation
Sound is all around us continually, but most people don’t think of it as a physical presence. We hear sounds, rath...
Read more

A Good Night’s Sleep: The Impact of Noise
When you’re trying to get a good night’s sleep, noise can impact severely on your efforts. In fact, some peo...
Read more